My review of The Testaments by Margaret Atwood.

In my Book Wishlist blog post, I wrote about how The Testaments was being published soon and if you haven’t read the post, basically I said that I wasn’t very excited about it because it felt disingenuous. The Handmaid’s Tale was published over 30 years ago and in the last couple of years, the dystopia has been made very popular again with figures like Donald Trump and Kim Jong Un. This social climate inspires much of the resurfacing of the story as well as the new TV show. It felt like a lot of money tactics to me, but perhaps that is me being negative and having a lack of confidence in mainstream authors but also, how often are sequels as good as the original? (Beware, there are no direct spoilers in this review but there are allusions to the plot)

But then I gave it some thought and after reading the sequel I asked; what is so bad about authors getting the money for brilliant ideas? I not only underestimated her ability to create something incredible in a series this long after the original, but I was also very unfair and I regret my judgements.

So let’s talk about the many aspects of the novel that I absolutely loved!

I loved the separation of characters in the book’s three perspective part structure and how as the narrative continues they begin to incorporate into each other’s story while remaining separated. The plot device is also used in ‘1Q84’ by Haruki Murakami which I also loved for the same reason, and although I’ve never properly read the Game of Thrones series, I know that at least the first book followed this idea also.

Like Offred in The Handmaid’s Tale, the new heroine’s of The Testaments are truly loveable. It focuses more on the growth of the Gileadian/Canadian youth amidst the theocracy’s strength. This somewhat makes the stakes much higher because young girls are at risk of oppression and danger from the corrupt regime. The parts are from the perspective of Agnes, Daisy and Aunt Lydia (oooh). Agnes resembles an inner rebellion but is suppressed by the genuine faith that Gilead has instilled in her. This causes an inner conflict throughout her entire experience of Gilead. Alternatively, Daisy shows an outward rebellion and difficulty to conform to any society really, even her own in Canada. Both girls hold a different idea of mental and physical strength. Regardless, their dynamic is very endearing which made me hold a soft spot for them both.

The third perspective is the iconic character from the first book- Aunt Lydia. You immediately expect to hate her due to her presence in The Handmaid’s Tale, but slowly and surely you begin to feel yourself warming up to her story and reasoning for her actions. While you feel you still cannot forgive her because of the despicable acts in both books, I definitely began to feel pity. I won’t say much more about the characters and their roles because I don’t want to give any big spoilers!!

If you’re about to start The Testaments with the expectation of a follow on sequel then you may be momentarily disappointed, but while you invest yourself into the book further you will soon realise why this is much better. In it, Margaret Atwood supplies the reader with a wider scope of Gilead and its broader impacts on the world, as well as its struggle for stability. The political corruption of Gilead is laid on the table from which you find more traits of dystopia- like we needed more reasons to fear the regime. While I said that this novel is not a direct follow on, there are easter eggs and branches of the plot that feature in the sequel which quenches your appetite for more of that original narrative.

My favourite and what I found the most effective part of the novel was Aunt Lydia’s connection with us, the reader. Her letters are written to her ‘readers’ which if we are being meta- she is talking to us as a warning or as a response to such issues, but of course, as a work of fiction, she is talking to future generations of Gilead. Her genuine nature and satire were thoroughly enjoyable to read and at times chilling. She also gives you the most inside knowledge you could possibly want due to her very high ranking position. Aunt Lydia is the tyrannous villain to us readers but you feel a kind of love for her after reading The Testaments.

Of course, by the end of it, I cried (when don’t I). It was very intense and chilling- a perfect end to the narrative in my eyes. While I was satisfied, the way the novel ended freaked me out a bit because it felt too realistic and close to home for me, but that makes it all the better.

Now for the ultimate judgement. Did The Testaments live up to or exceed The Handmaid’s Tale? I was definitely pleasantly surprised and genuinely loved this sequel. I cannot be sure whether it was better in my opinion, but it was definitely on par with it. I’d have to read The Handmaid’s Tale again to reach a verdict but I do know that this book was incredible and so it is a little irrelevant to compare the two.

4 thoughts on “My review of The Testaments by Margaret Atwood.” 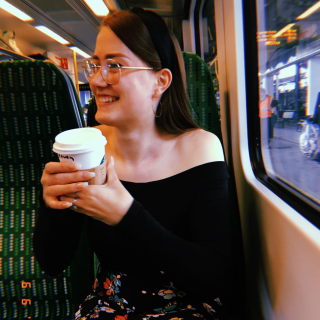